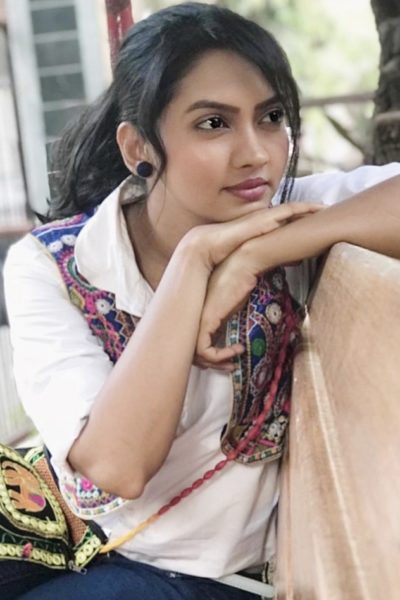 Meera Joshi is a choreographer – actress originally from Ratnagiri, but all her education happened in Pune. For her education, she went to the Ferguson college in Pune. Since her childhood, she has 7 years training in Bharatnatyam and also trained in Kathak.

Her parents include – Her father was working as an officer with Maharashtra Bank and her mother. She also has a brother.

Despite her parents’ worries, she later moved to Mumbai to kick start her acting career. She gave a lot of auditions, but did not get any break in the first two years. She was working on choreography projects during this time. Her acting debut happened with the serial on Colors Marathi titled ‘Majhe Mann Tujhe Zale’. She was first noticed on the Mi Marathi dance based show ‘Khallas Dance, Ekach Nivad’, where she was one of the 6 finalists. Later, She has worked as a choreographer for many leading shows including Hindustan ki hunar baaz, Nach Baliye Season, Dance India Dance, Dance India Dance – Little Masters, Eka Peksha Ek Apsara Ali On the basis of this success, she was chosen to act as an assistant choreographer for the movies Bajirao Mastani and Simla Mirchi. For the song Pinga, she helped Priyanka chopra in getting her Marathi moves right. Though her initial work was mainly as a choreographer, she is also focused on pursuing her acting career. In 2016, she was seen in the youngster oriented movie titled Youth and ‘Tujhya Vina Mar Java’.

Other Achievements
1} Completed 7 years course in Bharatnatyam through Kalavardhini Charitable
Trust and NrityanjaliNrityaShakha under the guidance of Mrs.VaishaliParasnis
and Mr.ParimalPhadke
2} Trained in Ballroom and Standard styles like Rumba, Samba, Jive, Cha Cha,
Tango, Waltz and Slow Fox for 3 years
3} Worked as a Dancer for capturing process in Ubisoft company, Pune [2012]
4} Represented the University of Pune at &#39;Intra Maharashtra Inter-University
Level&#39; and &#39; All India West Zone Inter-University Level&#39; for folk dance [2010]